As a author, I’m fascinated by language.

Judicious choice of words lead to the right effect; to wound, amuse, provoke nightmares, yield an insight or offer comfort.

The right words are magical. Yet sometimes the wrong words have a power all their own. When someone takes a cliché or well-worn phrase and substitutes an element of their own (whether out of mishearing, imagination or mischief), it creates a whole new concept. Perhaps it even improves on the original.

“We’re all going to hell in a handbag”

“It’s the lesser of two equals”

“Ever since that remark, he’s been a bit of a social leopard”

“A group of scandally clad ladies”

“She tends to be a pre-Madonna”

I love eggcorns. They’re not strictly correct but somehow better. Symbiotic, natural linguistic phenomena which pulsate with life and creativity. A manifestation of language as alive and evolving and in the hands of its users. Plus they make me smile.

Beatrice Stubbs uses eggcorns. She twists her words, apparently unconsciously. The reader is left to guess how much is manipulation and faux-naiveté is behind these apparent gaffes. Lieutenant Columbo provided much of the inspiration. His apparent shambling incompetence is in fact astute psychological disarmament. 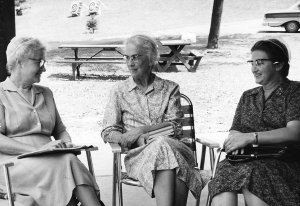 Much of this facet of Beatrice’s character comes from my grandmother. Some of her specials include:

‘Those cakes have sympathetic cream’

‘I knew the dog had been naughty; she looked at me with squeaky eyes’

This week I heard from a reader in Florida. She said she loved Beatrice for many reasons, including, “she’s just like me, using quirky phrases all her own”. Another reader from Devon often sends me suggestions for future eggcorns, brazenly attempting to bribe me into writing another Beatrice book.

I keep a little book full of such discoveries, partly for research and partly for entertainment. If you have any little gems to share, I’d love to hear them.

Here are a few of my favourites:

“This leads me to believe the City of Toledo is a fan of cutting off its nose despite its face.” (University of Toledo Independent Collegian, February 2005)

“This coverage provides for protection from claims for libel, slander and deformation of character.” (Catering Magazine, January 2005)

“Our old Toyota just got us through and then gave up the goat.” (ABC Rural, SA Country Hour, January 2006)

“Most cases of vaginal thrush can be rapidly cured by the use of a peccary.” (Pharma co. report)

“As long as one invokes the hack-kneed platitudes of ‘national security’ or ‘the war on terror’, there is virtually no crime too extreme.” (Al-Jazeera op-ed piece)

“My face is sore and I don’t like having big pus jewels on my face.” (internet forum)

1 Response to "From Little Eggcorns …"