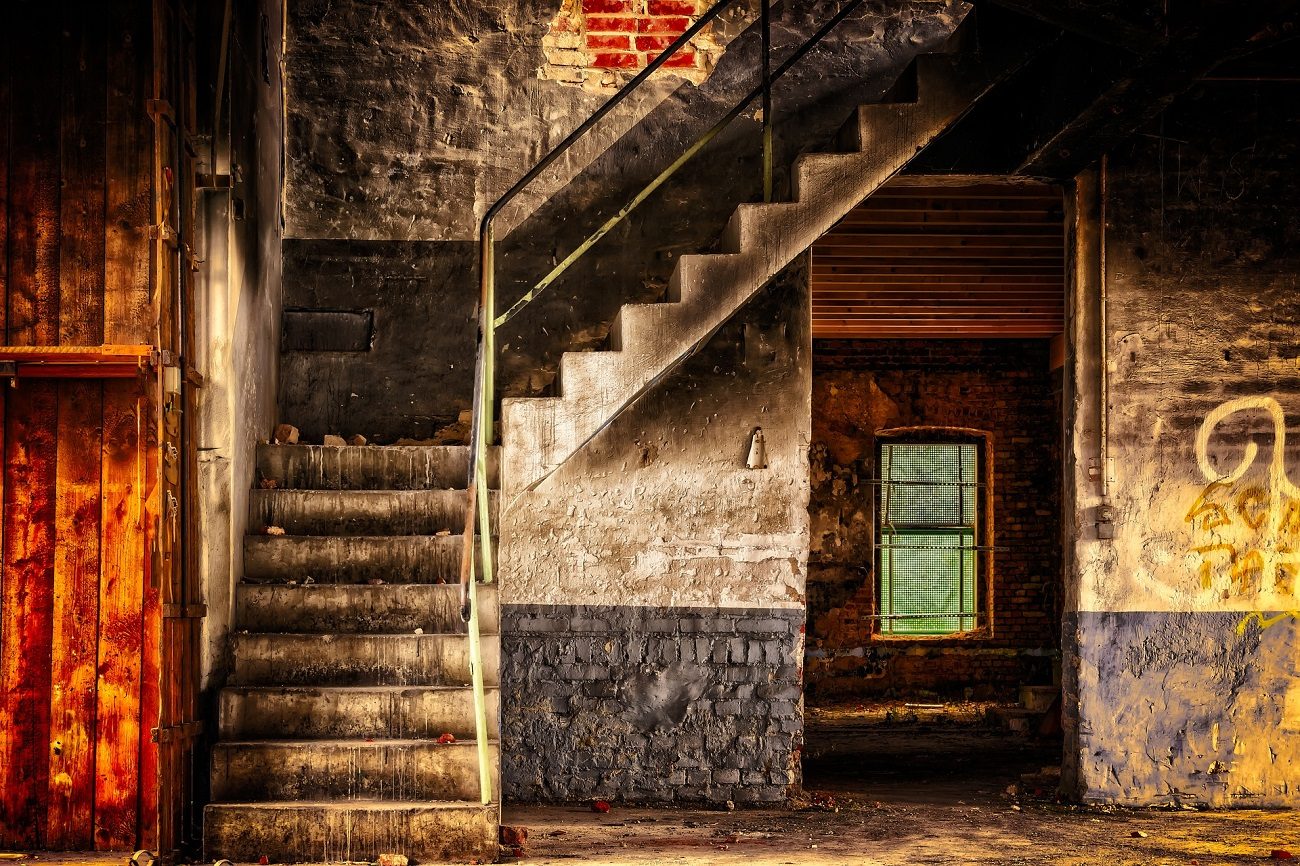 Tunnels, burrows, caves, bunkers and warrens hold a nervy sort of fascination for us overground animals. On one hand, darkness, dead-ends, small spaces and danger. On the other, safe places, concealment, protection and security.

Read on for some intriguing examples of deep human engineering.

In my home country of Switzerland, one often passes half-concealed doorways, air vents or other markers of the vast underground system created by the government to protect its citizens from the threat of war. Many are still maintained by the Swiss army, as a first line of defence. Others have been opened to the public, or even turned into hotel and seminar facilities. You certainly will be undisturbed.

Some intriguing pictures here. Inside these pretty mountains are aircraft hangars, dormitories, canteens and sophisticated survival systems for all kinds of emergency.

Others have been opened to the public, or even turned into hotel and seminar facilities. You certainly will be undisturbed.

London Underground holds a strange kind of fear and familiarity for me, which is why it features strongly in Raw Material. The Tube is horribly overcrowded but the simplest way to get around. Some of it is state-of-the-art modern and other sections feel like relics from the 1950s. Then there are the disused, boarded-up and forgotten stations which lie empty, filled with nothing but ghosts.

You can tour the abandoned tunnels of Euston, Aldwych, Piccadilly and Clapham South, with their dusty passageways, peeling posters and claims to fame as movie locations or subterranean shelters. Check out the once crucial station of Down Street, which served as the wartime HQ of the Railway Committee and a bunker for Winston Churchill during the Blitz. The architecture, brickwork, tiles and signage are a story in themselves. The London Transport Museum has details.

You can tour the abandoned tunnels of Euston, Aldwych, Piccadilly and Clapham South, with their dusty passageways, peeling posters and claims to fame as movie location

You can tour the abandoned tunnels of Euston, Aldwych, Piccadilly and Clapham South, with their dusty passageways, peeling posters and claims to fame as movie locations or subterranean shelters. 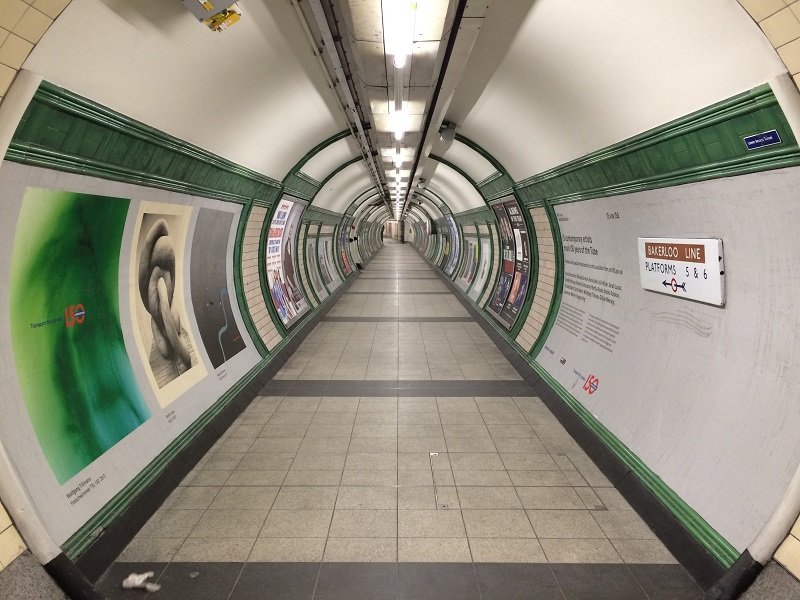 Greenwich Foot Tunnel, which goes underneath the Thames, is still used today to access the Isle of Dogs. Practical as it is, it pales in comparison to the lovely Alter Elbtunnel in Hamburg. Originally built in 1911 as a short cut to the docks, its practical purpose has long been superseded. Yet its Art Deco design, brickwork and artistic reliefs made it a historic site and now a tourist attraction.

Descend 24 metres below ground in one of four lift cages or down the steps at Landungsbrücken and wander through 426 metres of a warmly lit, well maintained feat of engineering. Emerge on the south bank and soak in the views from the landmarks, while watching the incessant activity of this busy northern port. My recommendation? Try a fried fish sandwich. More information here. 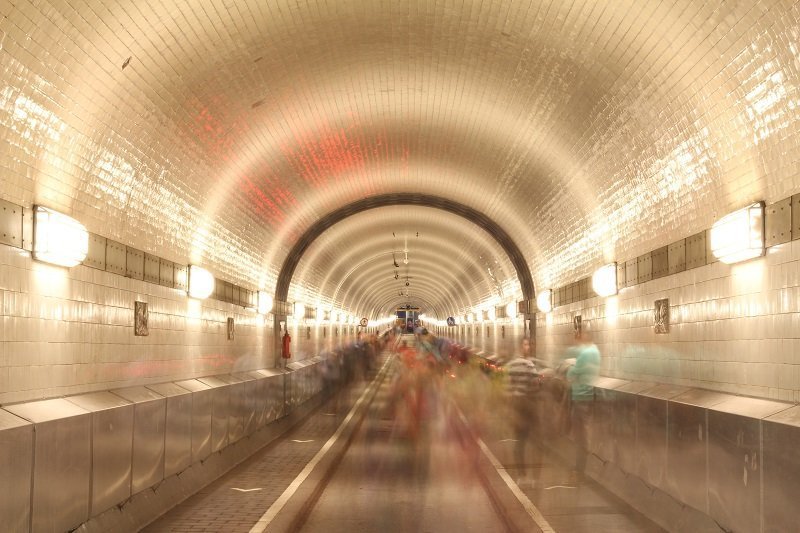 Yet its Art Deco design, brickwork and artistic reliefs made it a historic site and now a tourist attraction.

Bourbon in Naples (no, not the drink)

Tourists in Naples always go to Pompeii. And so they should. But there is much to be learned about the city’s contemporary history by going deeper. I advise starting with Napoli Sotterranea to comprehend the age and ancient foundations of this endlessly intriguing port. Then head to the extraordinary tunnels of Galleria Borbonica.

From the perspective of engineering, this network is simply jaw-dropping in scale and imagination. Started for a Bourbon king to effect a hasty escape from the palace to the port, the catacombs comprise aqueducts, cisterns, canals and huge chambers. The changing role of this subterranean cathedral includes wartime refuge and car pound, still displaying statues, personal belongings and vehicles from the city’s colourful history. If you ever get the chance, go.

Started for a Bourbon king to effect a hasty escape from the palace to the port, the catacombs comprise aqueducts, cisterns, canals and huge chambers.

If you ever get the chance, go.

As a bit of a claustrophobe, whenever I’ve been in one of these places, I’m always relieved to get out into the fresh air. At the same time, I understand the urge to dig into the past, to learn more about our history and most of all, try to imagine how the people who used these places must have seen safety in depth and darkness.

Which underground adventures (including books!) would you recommend? Leave a comment below.

The Terra-Cotta Dog by Andrea Camilleri

A hidden cave plays a wonderful role in Montalbano’s second case. The background is not dissimilar to the Bourbon Tunnels of neighbouring Naples. Anything more would be revealing too much. A must-read for crime lovers.

The Burrow by Franz Kafka

A short story about the daydreams of a mole-like creature in its burrows (at least that’s what we assume today). Yes, it is thoroughly kafkaesque. Unfinished at the time of Kafka’s death, it is said that he planned to make the creature’s worst fears come true. As I said, kafkaesque indeed.

Abandoned Places: A Photographic Exploration of More Than 100 Worlds We Have Left Behind by Kieron Connolly

It isn’t strictly sticking with the underground theme, but this book captures the feel of past and forgotten engineering in perfect beauty.

The eerie and thought-provoking pleasure of looking at abandoned architecture, machinery and landscape is irresistible. Weird and wonderful pictures are complemented by background info in this full-size picture book.

A great gift or coffee table book that is guaranteed to turn heads!

Written by yours truly. The London Underground is a main character in Beatrice’s second adventure, where she teams up with the British Transport Police to hunt a flasher. Some of her darkest but also funniest moments in the series.

In this British mystery, the safety of hidden corners is abused to prey on the vulnerable. But vulnerable doesn’t necessarily mean weak. Human strength is on display in most unexpected ways in this riveting story ranging from London tunnels to wild Welsh beaches.

The audiobook version has just been released!

An urban fantasy with a reluctant protagonist, this is a foray into an alternate London, the one below. Extraordinary and imaginative, the reader resists the pull of the underworld, just as much as the protagonist, Richard Mayhew. But as always, when experiencing another universe, you emerge changed and wondering which reality you prefer.

One of those authors you should try even if you aren’t into Fantasy.

The Mole People by Jennifer Toth

Life in the Tunnels Beneath New York City: this non-fiction book explores the world of homeless people who live in tunnels of New York City. The author is a journalist and documents her characters thoroughly, giving them a voice.

A troubling but unforgettable read about a reality many of us aren’t aware of.

* Amazon links direct to the store of your country and are affiliate links. For UK and US, I will earn a tiny fee if you buy via these.

1 Response to "Going Underground: What Humans Learned From Moles"